Our Lady of Victories Infant School is a Junior School in Dublin City. It has 245 students and 18 teaching staff. They were awarded their Green Flag for Biodiversity in May 2016.

The Green-Schools Committee is made up of pupils from each first class, plus two staff members. They meet on the first Friday of every month for 15 – 20 minutes at lunchtime – all children from first class are invited to attend these meetings, on a rolling rota basis. They run the meetings in this manner to allow as many children as possible who are interested in Biodiversity to attend.

The Coordinator is then given a 20 minute slot at each monthly staff meeting to relay to staff what is happening in relation to Green-Schools actions and events. It also gives staff the chance to raise any questions or ideas they have in relation to the programme.

The Committee carried out all three ‘Essential Actions’, for the Environmental Review, to get a picture of where their starting point was, namely: 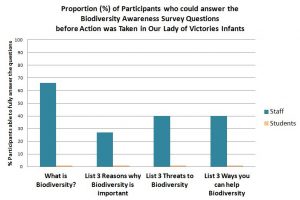 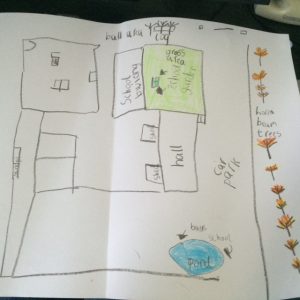 Image 1: A Student’s Habitat Map – a survey of habitats, carried out at the school (BEFORE any action is taken) – it is a key component of the Environmental Review

The Committee did further work for the Environmental Review, to get a very clear picture of their starting point (i.e. before any improvements or action was taken). From surveys of their school, the committee concluded the following.

There was a shortage of:

The committee also completed shorter Environmental Reviews for each of the previous Green-Schools themes. They vowed to work on all of these findings, and take action to improve the situation in each of these areas and themes.

Following on from their findings on the Environmental Review for Biodiversity, the committee and wider school community started to take action. Along with the surveys mentioned above, some of their most successful actions included:

Increased habitats around the school for insects, bats and birds. To achieve this, they:

Actions to inform and involve the whole school. To achieve this they: 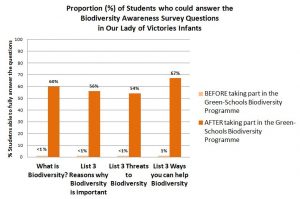 Figure 2: Students’ Biodiversity Awareness Survey Results – from BEFORE (during the Environmental Review) and AFTER actions were taken to improve awareness and biodiversity levels in the school. 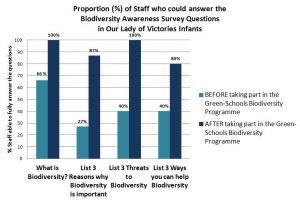 Figure 2: Staff Members’ Biodiversity Awareness Results – from BEFORE (during the Environmental Review) and AFTER actions were taken to improve awareness and biodiversity levels in the school. 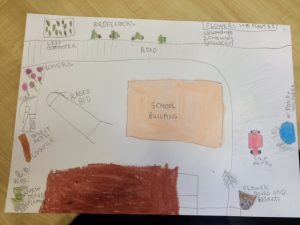 Image 2: A Student’s Habitat Map – a survey of habitats, carried out at the school (after action was taken) – it is an essential component of the Monitoring and Evaluation Step.

The school organised a range of events to encourage community involvement including:

All staff members were asked at a staff meeting to try to develop biodiversity slogans with their class.The winning entry was agreed at a committee meeting – an entry submitted by Vanessa from first class:

“Keep our animals free, Biodiversity is the key”

The children enjoyed working with natural materials and learning outdoors – they brought a lot of their ideas and knowledge back to their homes also – including their sunflowers which they replanted and cared for at home, making bird feeders with their parents , creating their own insect hotels at home, and going to local parks to do nature hunts. Families were very proud … and it was a great opportunity to showcase the work we are doing in the school.