Holy Family Junior School is a junior primary school in Ennis, Co. Clare. It has 180 students, 18 teachers and seven Special Needs Assistants. They were awarded their Green Flag for Biodiversity in May 2017.

The Green-Schools Committee consists of one student from every classroom. That means that the Committee is made up of three students from junior infants, three from senior infants and three students from first class. The school also has a Deaf Unit and a Speech and Language Unit and these classes are also represented on the Committee. There are also three teachers, the school principal and the caretaker on the Committee, bringing the membership number to 16. They have a formal Committee meeting once a term but the Green-Schools Coordinator also meets with the other members on a more regular basis.

Before getting to work on the Biodiversity Theme and making changes and improvements to the school environment, the Green-Schools Committee carried out the three “Essential Actions” for the Environmental Review, namely:

The Committee also ensured that their previous themes did not get ignored, with a weekly wheelie bin rota being drawn up including for waste going to landfill, recycling and organic waste. In order to develop a clearer picture of what work needed to be undertaken on the school grounds the Committee investigated the grass cutting and other work that had taken place during the summer months to see what had been done and where they should start. They discovered that: 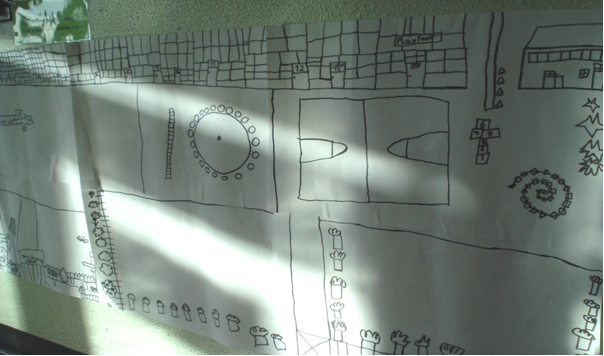 Image 1: Holy Family Junior School Map 1 (before any action had been taken) – essential for the Environmental Review

After recognising the above points, the Committee got to work, looking at what they could do to actively involve all of the students in the Biodiversity theme. They started by completing four of the recommended actions:

They achieved these goals by developing a wide range of actions and started working on them. Along with surveying the students to see what the level of knowledge on biodiversity was like, they:

A first year teacher, Ms. Diane Hennessy, went on to give an excellent presentation on how the Green-Schools programme is implemented in her school to teachers from various European countries at the local Education Centre in Ennis. 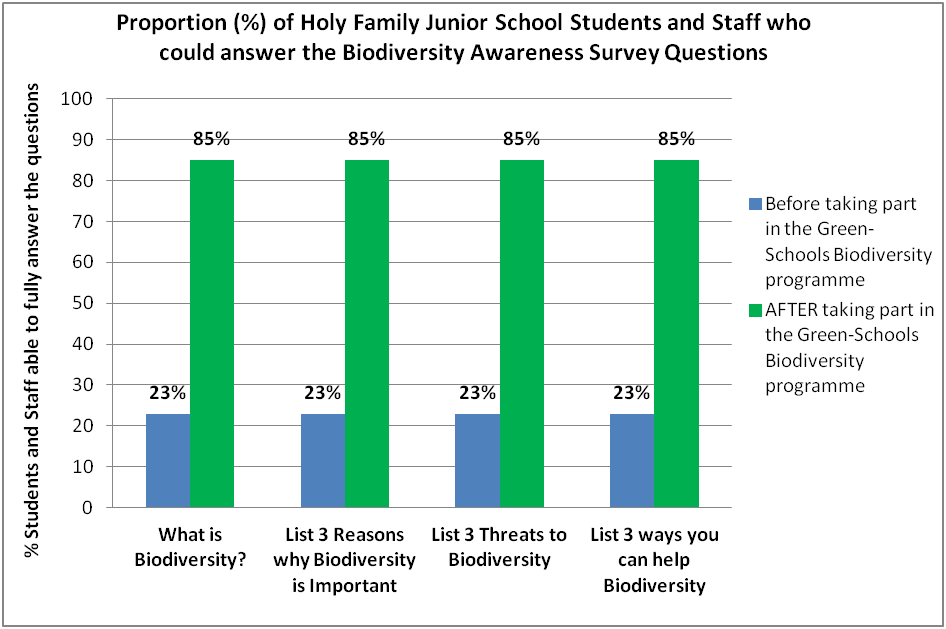 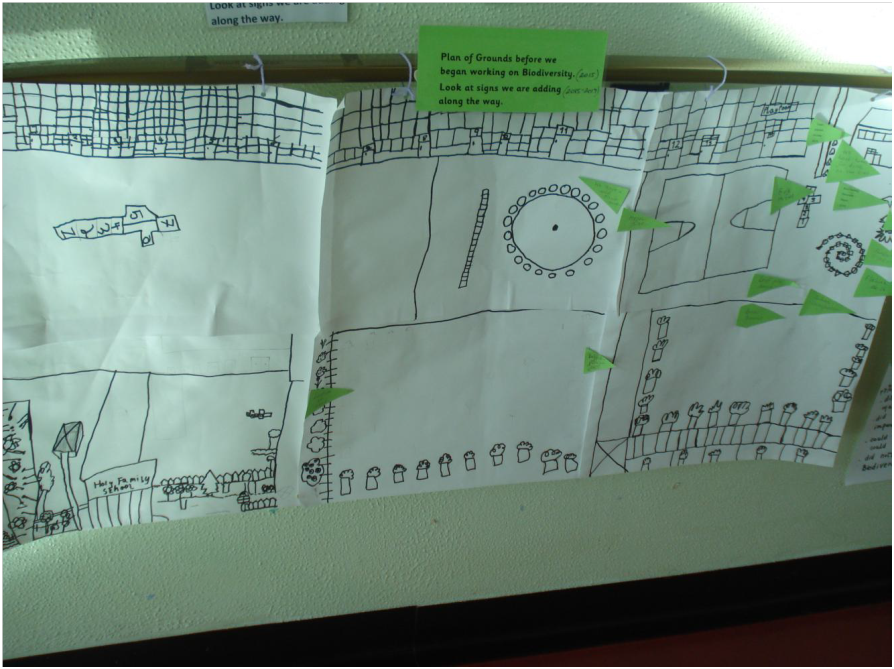 The school set up a Biodiversity Action Time, where all of the students get a chance to be actively involved in the school garden. This time takes place on Fridays at 11:15 AM. During this time the students observe the nature around them and pick up any litter. The school took a biodiversity walk around the school each week in year two and the Green-Schools Coordinator sends regular emails to inform other teachers and students of what work is happening on the theme. The school had a visit from Leif Barry who delivered talks on biodiversity to the different classes.

Everyone in the school is kept informed about the Biodiversity theme through a number of ways:

The green code was written by students from Room 4 and Room 5. It is displayed at reception and in the school corridor.

Let’s work together to save them all,

Trees and plants give us air,

Let’s show them that we care

Awareness is happening very naturally and holistically – it’s not a specific time on the timetable but rather a constant.

Overall our school love working on Biodiversity. The children loved it and really enjoyed the hands on approach and certainly learned a lot. The adults involved worked with great enthusiasm. Thanks to everybody for their input in making this so successful. It is lovely to see the ongoing projects develop. Well done to all.