BEAM (Barrow Enterprises for Adult Members with Special Needs) Services is an adult education centre providing training to adults with special needs. It has 31 students and 22 teachers. They were awarded their Green Flag for Biodiversity in May 2017.

The Committee carried out all three Essential Actions, for the Environmental Review, to get a picture of where their starting point was, namely:

The Committee did further work for the Environmental Review, in order to develop a clear picture of what was really needed on their grounds to help promote biodiversity. They realized that different pollinators favoured different plants and that a wide variety of plant life will support a larger number of animals and so went about creating an action plan that would include a very high level of floral biodiversity.

Overall, they discovered there was a shortage of the following:

Image 1: BEAM Services Habitat Map 1 (before any action had been taken) – essential for the Environmental Review

Once the Environmental Review had been completed and the Habitat Map and Biodiversity Awareness Survey indicated what needed to be done, the Committee got to work on developing ideas and plans that will both increase the biodiversity on their grounds and increase the knowledge of the staff, students and wider community. They began by spreading the word of the biodiversity theme, investigating the importance of biodiversity as well as its major threats and ways to help. They started by:

The Committee then got focused on ways to help their local biodiversity, increasing and improving the habitats for insects and birds:

They spread the message on biodiversity throughout the school and wider community through a variety of actions:

On top of all this they are planning to keep the work up through the summer with a guest speaker coming in to talk about Ireland’s biodiversity and a summer workshop on organic gardening. 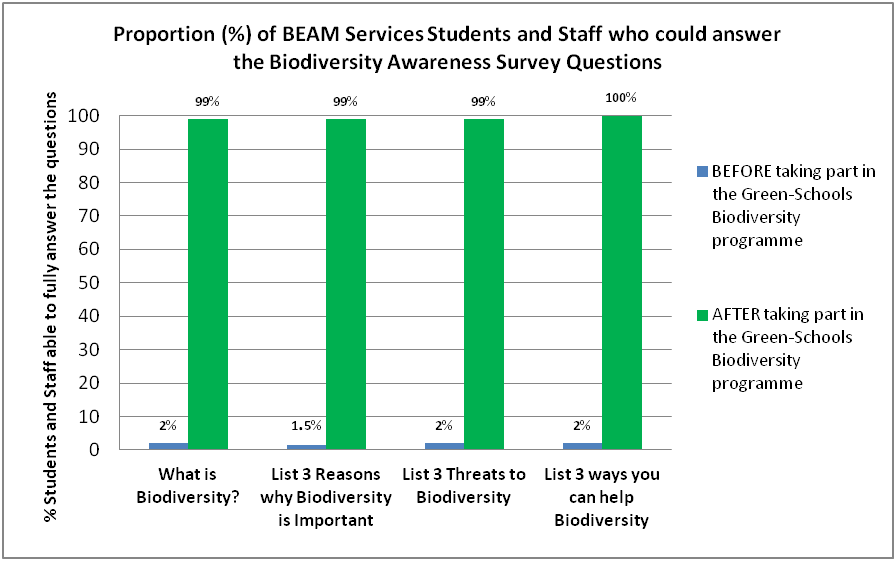 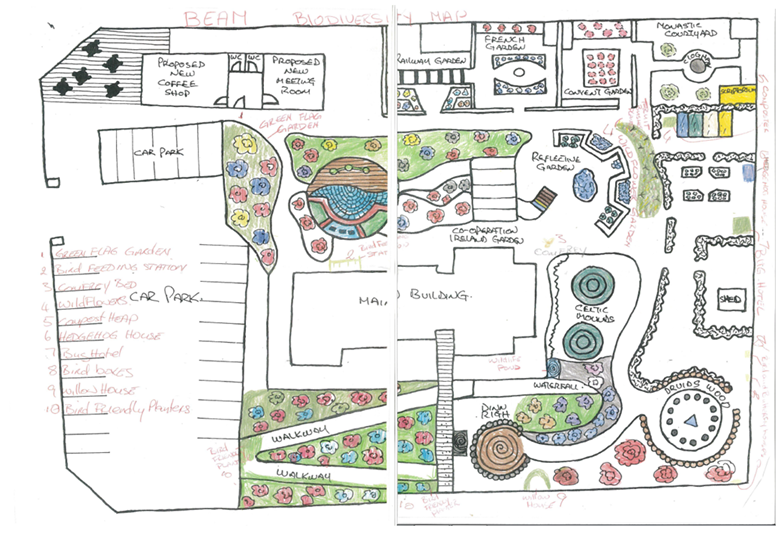 Image 2: BEAM Services Habitat Map 2 (after action was taken) – essential for The Monitoring and Evaluation step.

The majority of the staff and members are on the Green-Schools Committee. They hold fortnightly meetings during the winter which are open to all members and staff, send home newsletters and regularly update the notice board.  The members held an Action Day and continuously inform the wider community:

As some of the members have a strong love of music, they decided on a very fitting Green Code that was thought to be the perfect representation of biodiversity.

All Gods’ Creatures Got a Place in the Choir

This theme, in particular, has fitted in with our Organic Gardening practices here at BEAM. Since achieving our full certificate for Organic Standard in 2013, we have striven to make our gardens a safe haven for wildlife. In fact, a lot of the requirements for the Green-Schools Biodiversity theme would already have been taken on board. The members can see that this year their efforts have really made a huge difference to the wildlife in the area.