In advance of the Velo City Conference 2019 in Dublin, fifth class students at Springdale National School, Raheny, Dublin had been working behind the scenes with Artist Rhona Byrne and Green-Schools Travel Officer Rebecca Flanagan. Over the past three months the team developed a model of ‘SpringCity’, which is a sustainable and livable public space area envisioned by the students in which they can move freely. Artist Rhona Byrne, whose work looks at physical and social space, embodiment and interaction, worked with the Green-Schools programme to engage Springdale students, who are currently working on the Travel theme, to think and envisage about how they move and play within their city environment during a series of ‘Creative Thinking’ workshops. The workshop series is part of The Citizen Cycle project, curated by Michelle Browne, and includes three artists working with different communities to develop a series of public performances and visual artworks which were presented during the Velo-city Bike Parade on Wednesday the 26th of June. 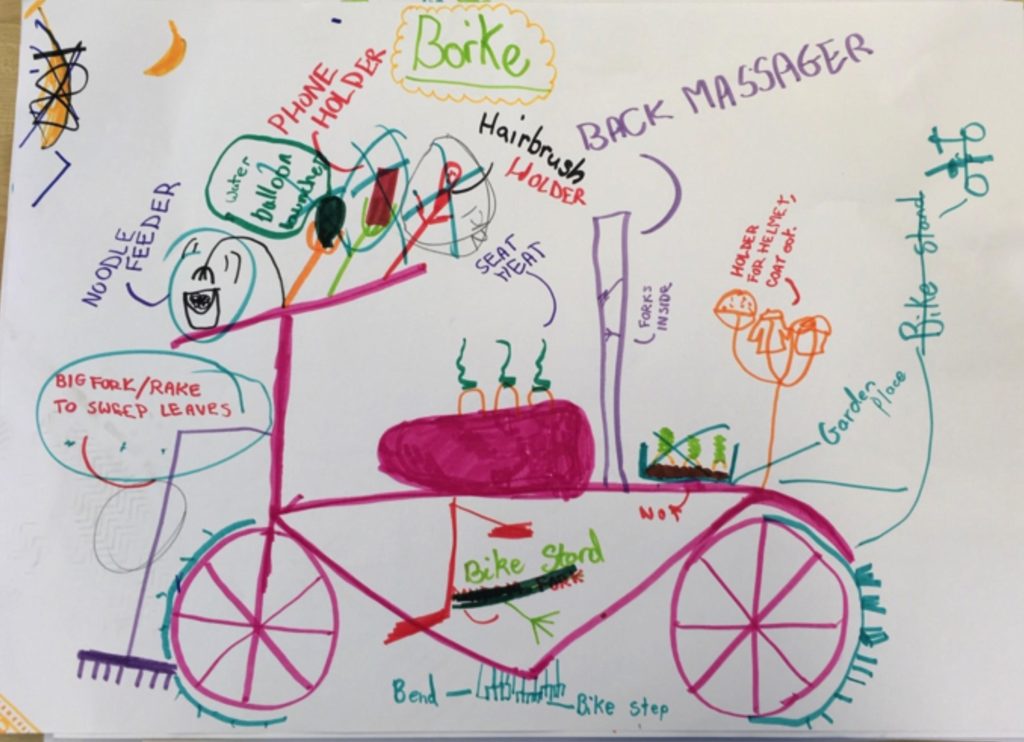 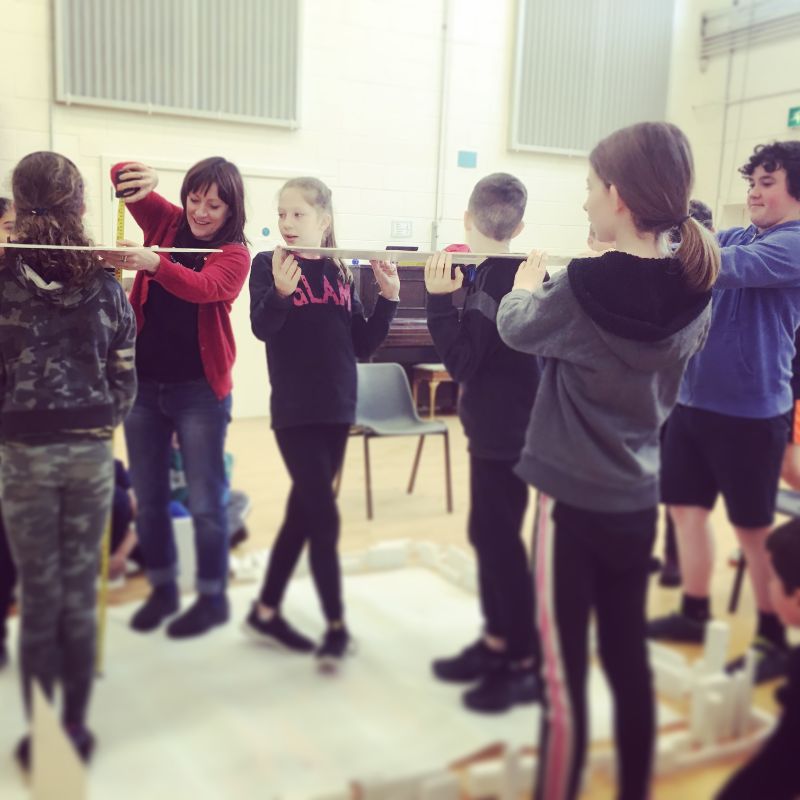 Initially Travel Officer Rebecca, worked together with Rhona to develop a greater awareness of the Springdale student’s sense of place, or lack thereof, in the city. The students expressed that this was their first experience with public participation and being consulted for their opinions on the mobility of their city. Many of the children felt unsafe in the city, with one child noting  “When I walk through the city center I hold my mom’s hand, and it is my choice not hers to do this because I am too afraid to let go.”

During the project the students participated in the City Change Masterclass with Michelle Browne. During the one-day art and culture workshop, activities were designed to foster greater levels of engagement with the city and create an atmosphere of trust between children and adults when it comes to planning and decision making. The objective for the adults was to ensure that the children understood that it’s OK to have fun and to think outside the box when creating art and designing spaces. The adults were to make a conscious effort to not replicate the typical adult-centric way of making decisions for the city and its constituents. The objective for the participating children was to empower them by making a space for their concerns to be heard and show them they also have a say in the decisions of their surrounding environment.

Throughout the five-month project the students had the opportunity to dream up a sustainable city without limits and were given the space and resources to develop a model which would provide space for active travel and equal use of the city. ‘SpringCity’ was displayed at St. Anne’s Park, in the Red Stables’ Studios during the Velo-city Conference Bike Parade event.