On November 18th 2020, Green-Schools Travel launched the first-ever Travel Conference for both primary and secondary schools nationwide. The conference was proudly supported by the Department of Transport and the The National Transport Authority

The much-anticipated conference, which had been due to take place earlier in March, was delivered virtually on a televised-style platform to a wide network of Green-Schools schools. 320 participants and groups joined the online event, with whole schools, class groups and individuals tuning in remotely, allowing significantly more people to participate without the need to make a physical journey. We even had some of our partnered Erasmus schools from Spain, Lithuania, and Denmark tuning-in!

Students were invited to come together during the event to discuss what Ireland could be like in 2040. Through a series of talks, activities and presentations, students were enlightened to explore how the human connections and the co-operations will help us to overcome the challenges we face, and make for a brighter, more sustainable and move liveable Ireland.  The theme of ‘Ireland’s 2040 Vision’, focused on four of the UN Sustainable Development Goals, and how they can be used as guidelines for achieving better sustainable Travel for Ireland in 2040.

If you missed out on either virtual event, you can watch the conference in full on the video links below. 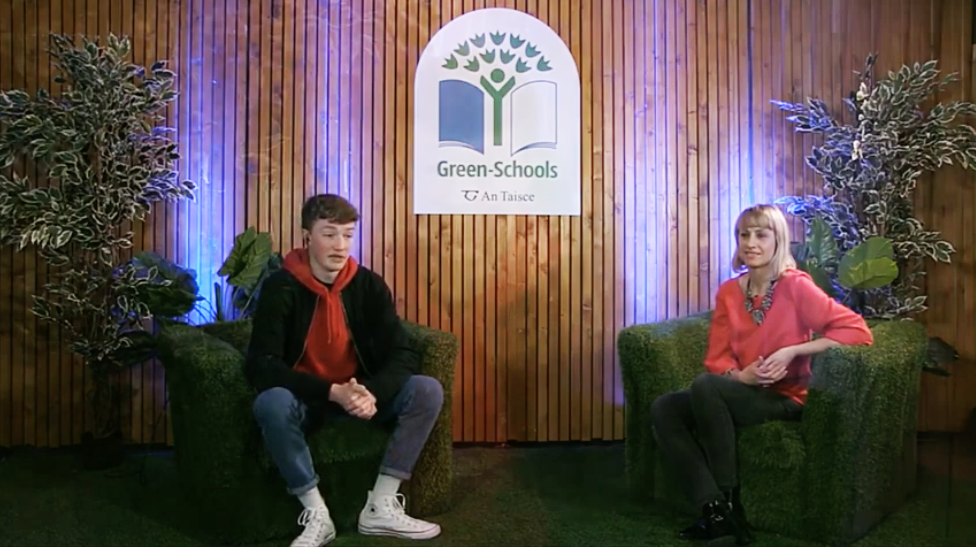 Teen Vlogger and film-maker, Cal Arnold O’Driscoll, hosted the Primary event, which featured keynote speaker, Aaron Copeland, from A Playful City, who inspired participants on what a liveable city can look like and how students can take back their right to enjoy our public spaces. Irish Comedy Writer and Director Elaine Gallagher, added comic relief with a presentation based on her acclaimed comedy show,‘The Freedom Machine’, which explore the ‘Dos and Don’ts’ of cycling. Also featured throughout the conference, were presentations and workshops from Green-Schools Travel Officers. Cycling Development Officer, Allison Phillips, got students thinking about cycling cities around the globe with examples of the many different types of urban environments she has cycled in. Travel Officer Jessica Salas offered students a chance to get creative with her step-by-step DIY activity on how to make and design a sustainable city! Travel Officer Dr. Karen Moore informed students of the importance of clean air quality and explained the science behind travel related air pollution. The audience had an opportunity to engage in a workshop activity around the Clean Air Week Poetry Competition with Travel Officer Lukas Krzywon. And finally, to conclude the conference and offer participants a call-to-action message, we were joined by a very special guest – Captain Climate!

Slow fashion advocate and on-screen/theatre actor, Aoibhéann McCann, hosted the Secondary event, which featured keynote speaker, Angela van der Kloof, from MobyCon in the Netherlands, who inspired students on what an inclusive and liveable city can look like and how all members of society can take back their right to enjoy our public spaces. 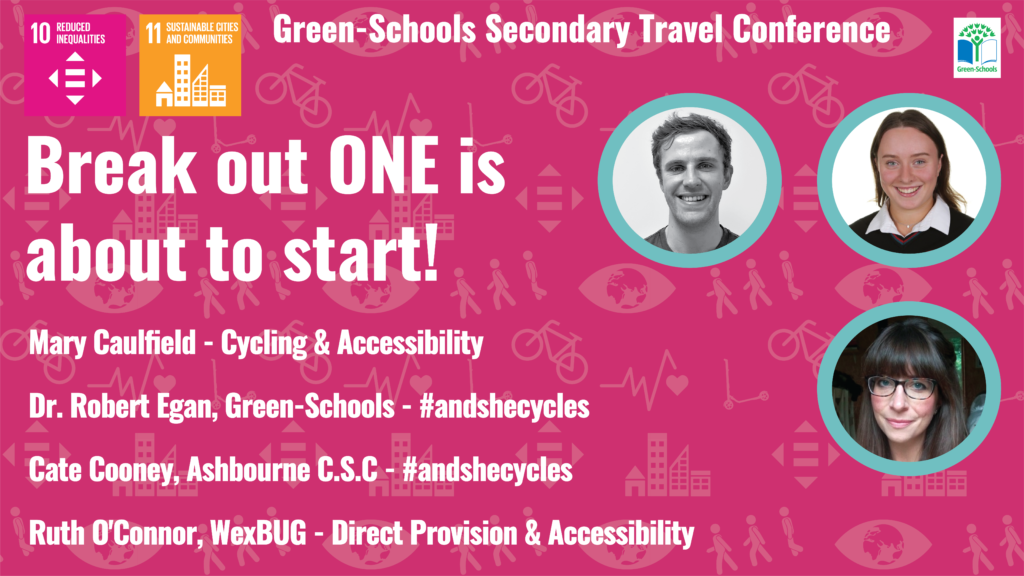 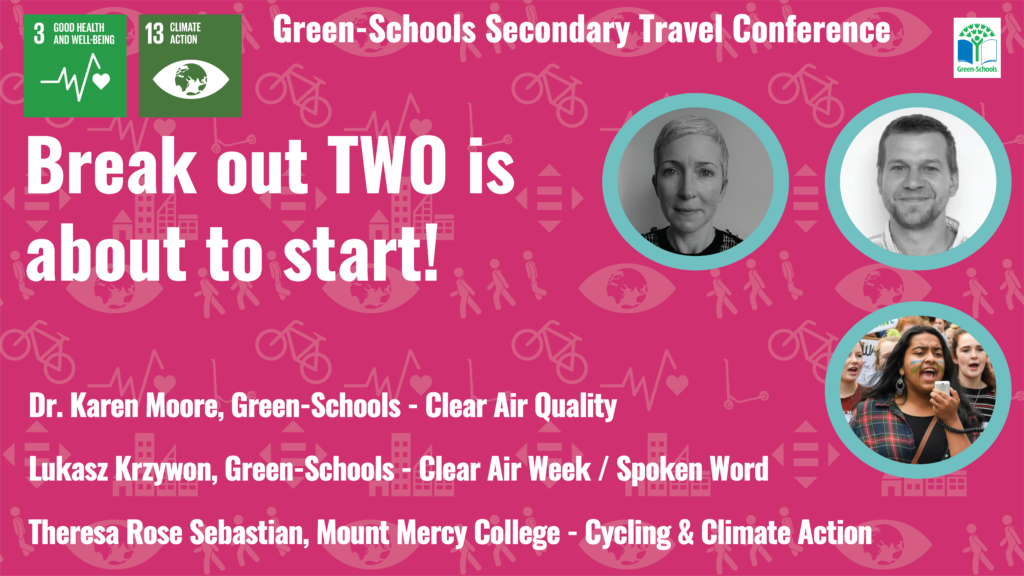 And finally, to conclude the conference, and to offer some comic relief, Irish Comedy Writer and Director Elaine Gallagher, presented a parody about cycling and suffrage, with a presentation based on her acclaimed comedy show,‘The Freedom Machine’.