Now in its second year, Green-Schools’ Climate Action Week 2018 takes place from October 15th to 19th in schools across the country. The annual awareness campaign on climate action highlights how climate change is impacting Ireland. The week long initiative encourages students, teachers and the wider community to talk about climate change and get involved in local climate action. Schools on the Green-Schools programme will be actively reducing their carbon footprint through improved transport, energy, waste, water choices or planting for biodiversity and by participating in the week their collective climate actions will resonate with the wider community, raising awareness of climate change.

Green-Schools’ launched Climate Action Week 2018 on Monday October 15th at a special event in Athlone Community College. There were many great initiatives undertaken on the day, with each action hoping to inspire any school or individual to follow suit.

It was a bright and early start to the day and the event kicked off with an 8.30am cycle to school along the Old Rail Greenway coordinated by Green-Schools Travel Officer Ray Foley and Green-Schools Co-ordinator Joe Mulvihill. The Greenway is a fantastic amenity for the students to travel to Athlone Community College and offers a 42km stretch of scenic cycleway. Along with the cycle event, Joe and Ray arranged a tree planting activity to enrich local biodiversity within the school grounds. 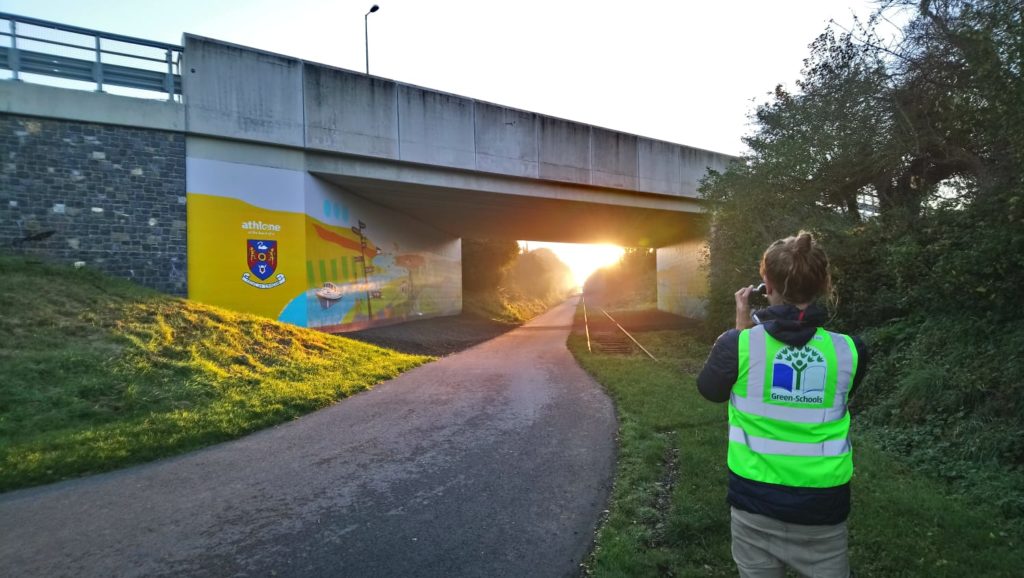 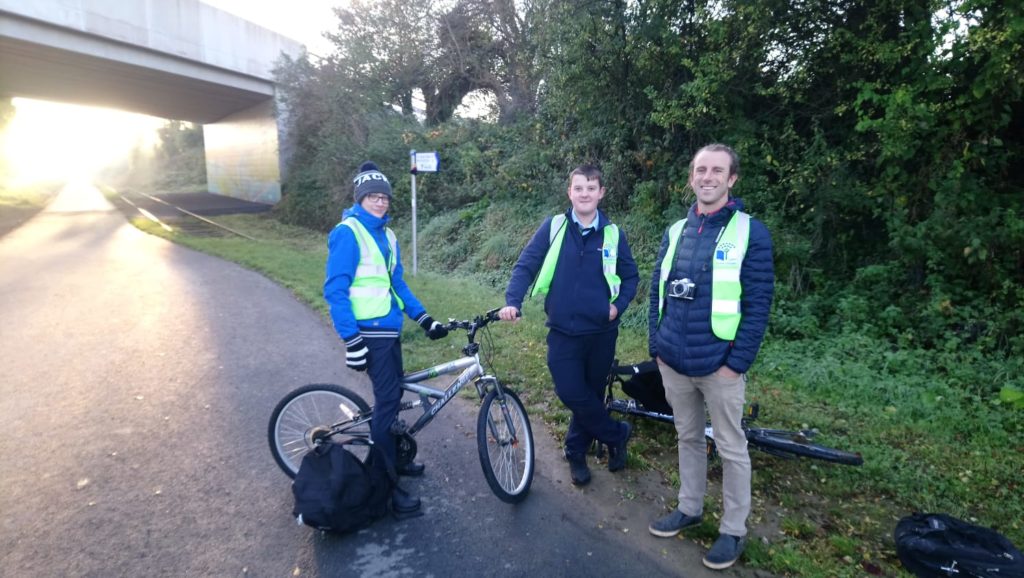 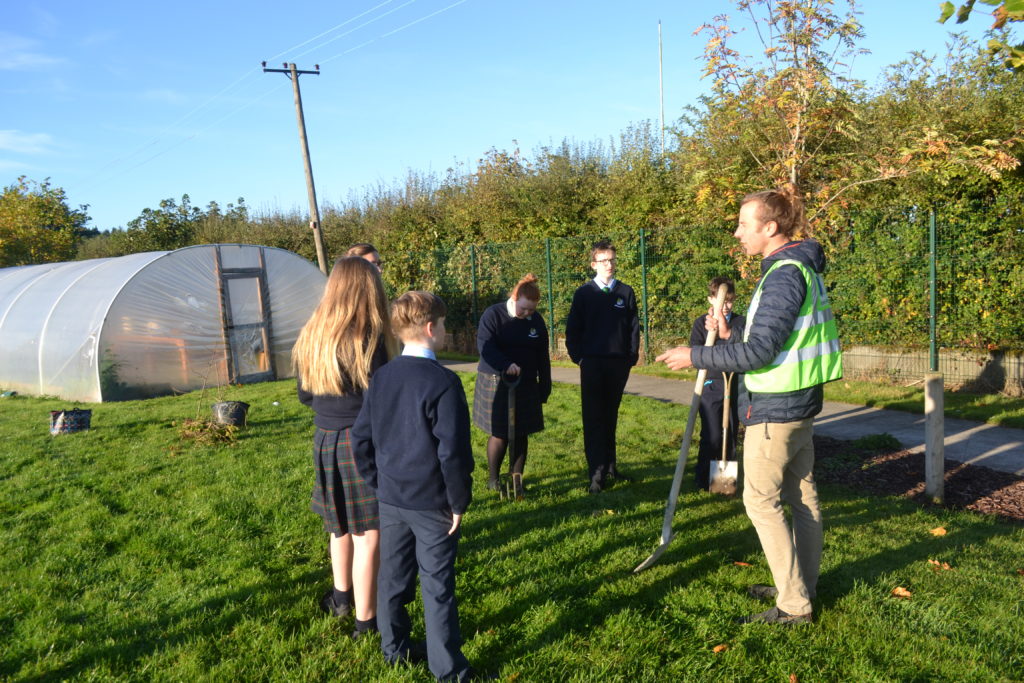 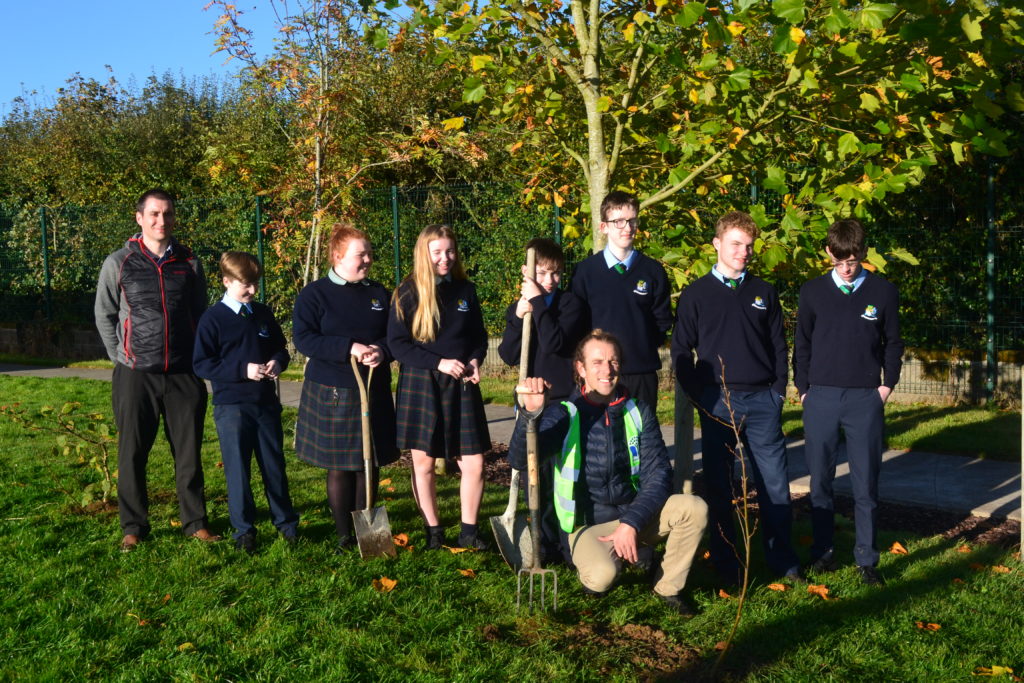 Teacher Rebecca Dobson, with the support of her colleagues, integrated climate action activities and projects into the school curriculum as part of Climate Action Week. These included a transport survey which was conducted in Maths class and a History project titled ‘Change Over Time: from coal trains to cycle routes’, which explored the transformation of the redundant train-line to a sustainable travel route for commuting and recreational cyclists. As part of the S.P.H.E. students learnt about the ‘Great Green Wall’ in Sub-Saharan Africa and created their own green wall mural to celebrate the planting of Irish native trees as part of Climate Action Week. 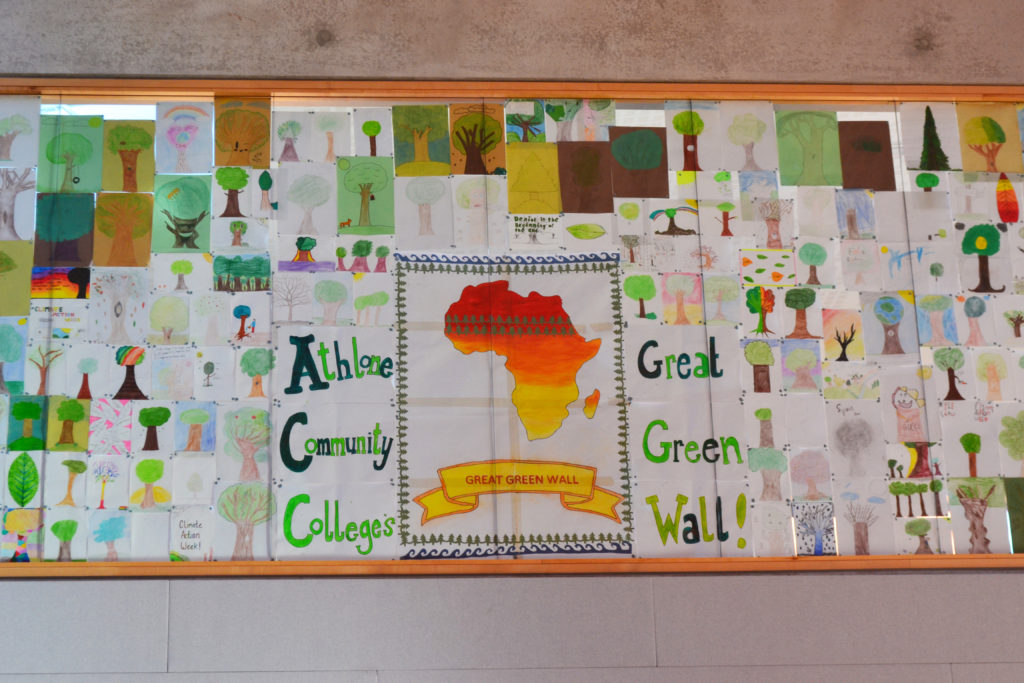 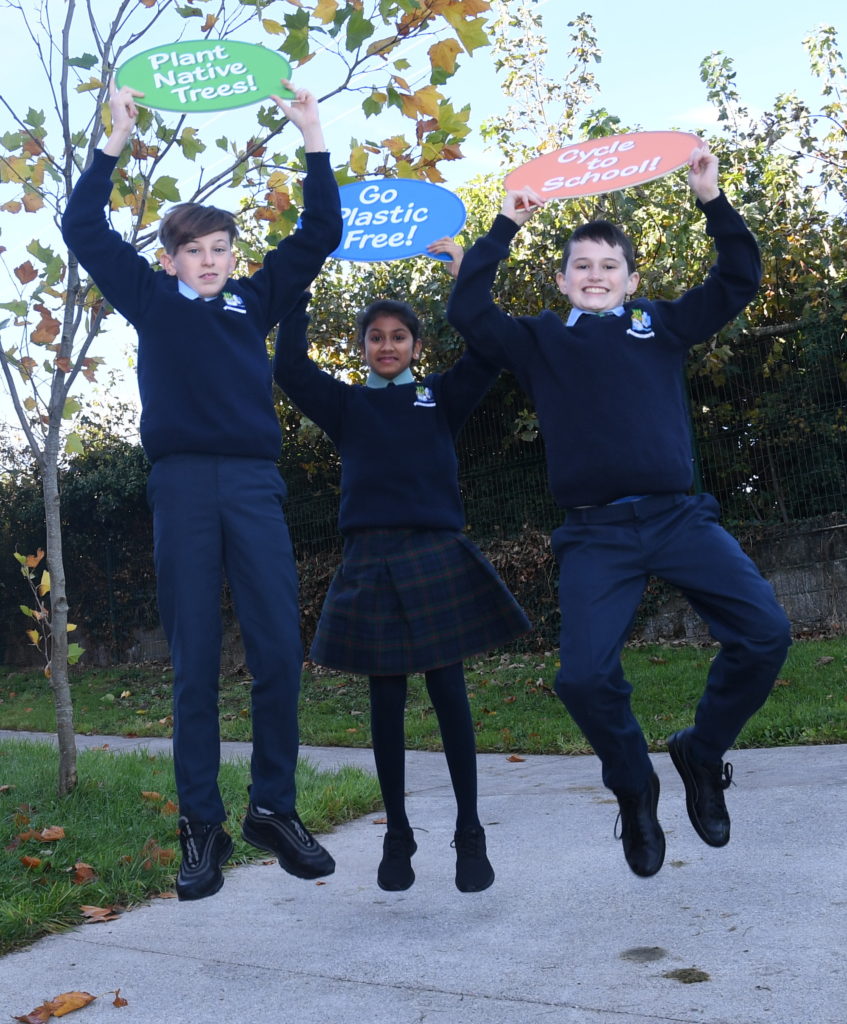 Locally sourced and grow-it-yourself foods were used in a Home Economics workshop which produced jams and preserves. Woodwork masterpieces and musical performances relating to climate change promoted and enriched the events of the day.

Minister Seán Kyne, Denis Naughten TD, Mayor of Athlone Frankie Keena and Westmeath County Council representatives, joined the students of Athlone Community College on the day of the launch and addressed the school assembly. This assembly opened up dialogues amongst the students and the speakers giving the students an opportunity to discuss the 12 years that Ireland has to act on climate change following the The Intergovernmental Panel on Climate Change reported in the week previous. 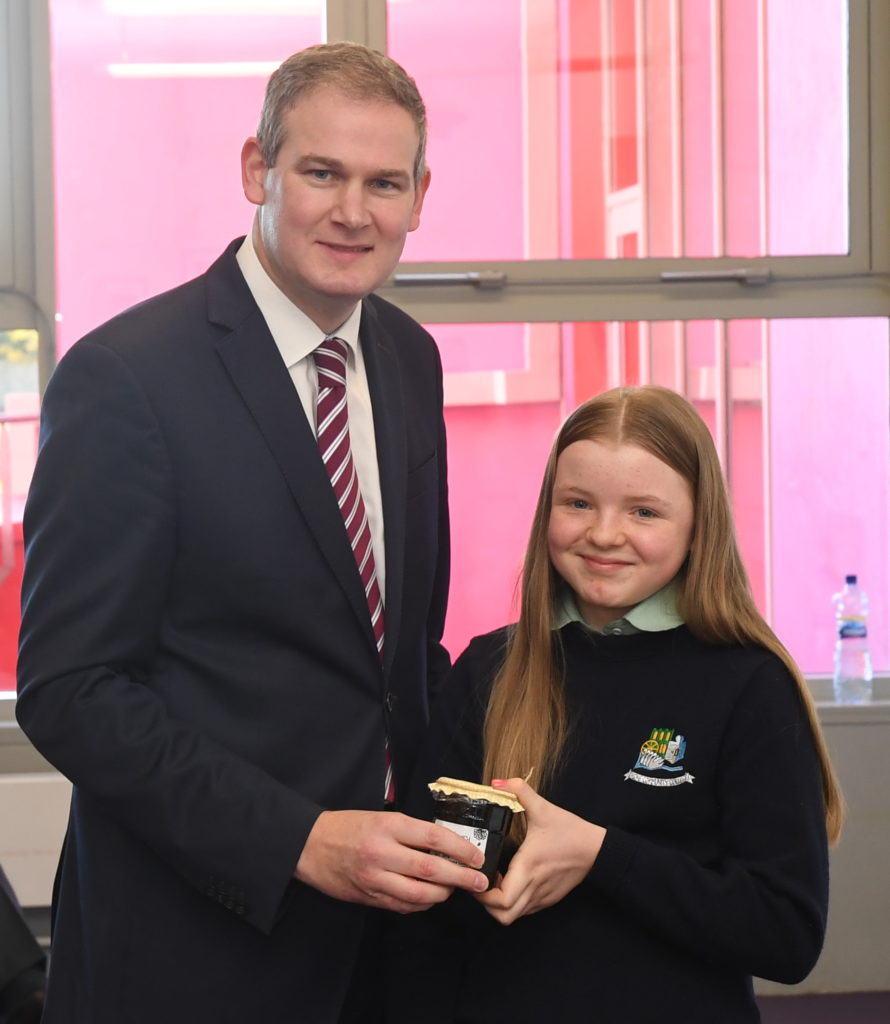 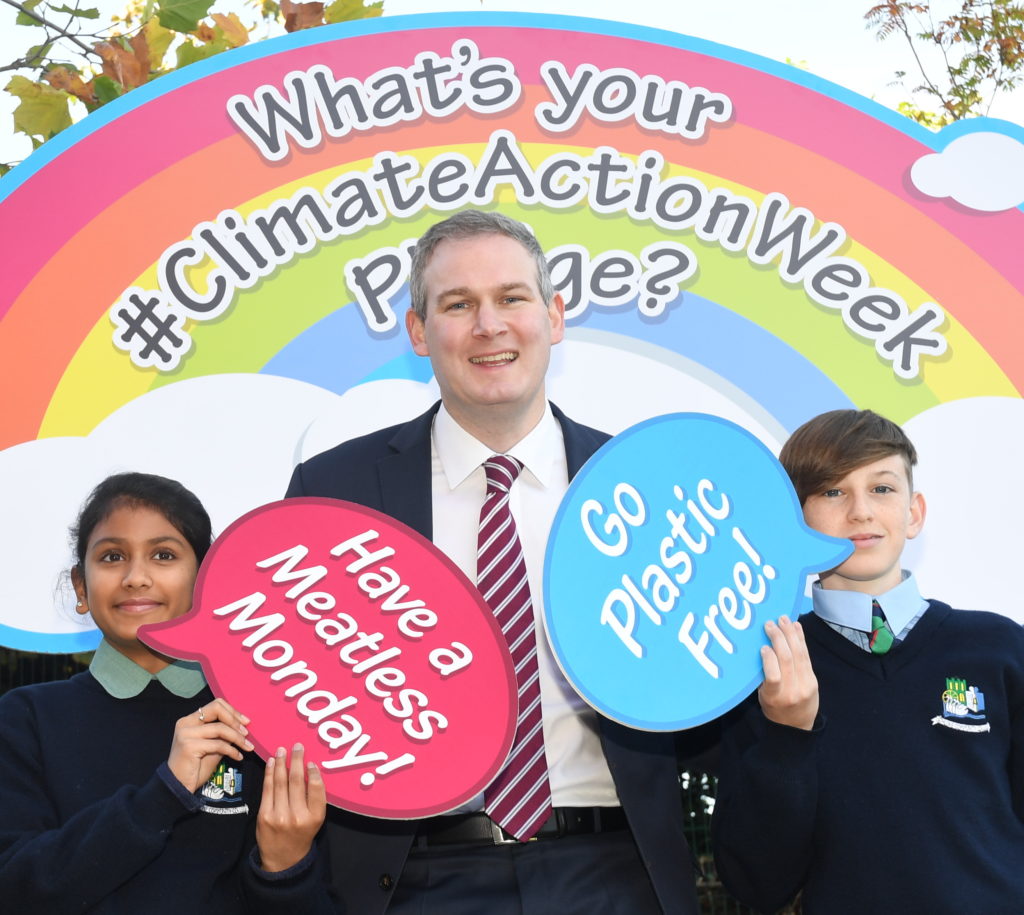 A Student Panel on climate change, chaired by Climate Action Officer Gráinne Ryan, gave teachers and students in Athlone Community College a preview of the new Climate Action Teacher Resource for Junior Cycle. The forty-page book has been developed by Green-Schools, includes a Cards against Climate Change game and incorporates specific Geography, Science, C.S.P.E. and English learning outcomes. Green-Schools hopes that this resource will help teachers to motivate students to learn about climate change and take climate action, in multiple subjects, creating a thematic and immersive learning experience. 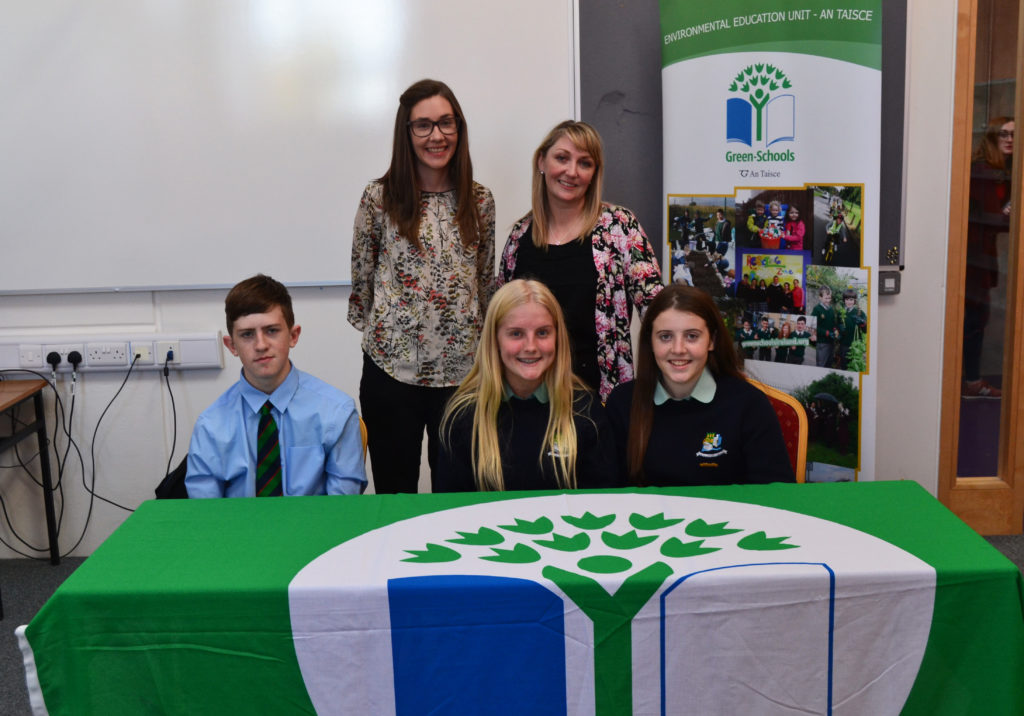 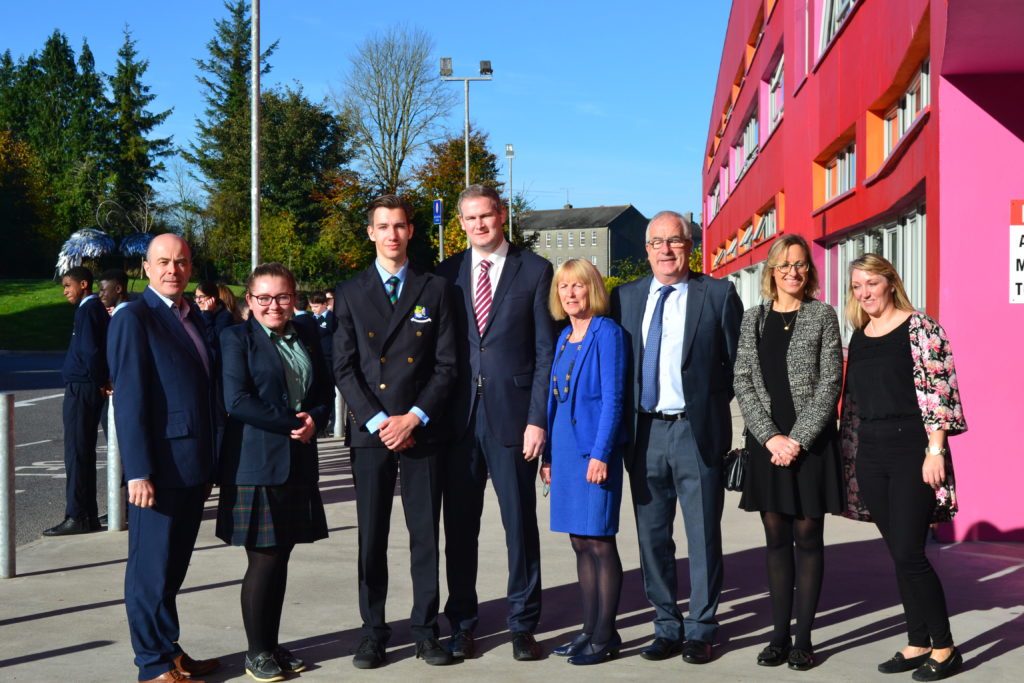 This week also marks the call for applications to the prestigious Climate Ambassador programme where interested individuals and small groups can apply from October 19th to November 9th, 2018. The programme is open to second and third level students and members of the public aged 18+, the programme will train people in climate communications and climate action, giving them the tools, resources and network to instigate change in their schools, campuses and communities throughout 2019. Interested individuals can apply here.